Look at me being good today :) lol

Last post was in November, so there's a lot to go over...

First up, catch up time! (both personal & book-related)


Who remembers Let Me Go and/or Let It Go?
Let Me Go was my first book.  It's my baby, a fan fave, and my best seller. 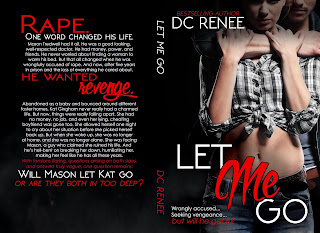 I never planned to turn it into a series.  It was always going to be a stand-alone, but Mason's best friend, Benny, was a special character.  And apparently everyone else agreed because I was flooded with requests for Benny to get his own story.  So, of course he did. 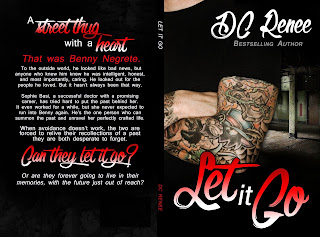 After this, I got questions on whether the other characters would get stories.  I hadn't planned on it until then, but then the stories came to me!  I wrote them down so I wouldn't forget, and figured I'd get back to write them after I finished the book I was working on.  And then another story idea popped in my head, and another, and so on.  And alas, the Let Go series was semi-forgotten.

Well, end of last year, I was invited to join a "super secret project."  It was several authors writing 25K-ish word novellas, all romance, all HEA's, to be released within the month of February (for Valentine's Day, of course 💖😉). As I was thinking of what story to write, bam, it hit me - my opportunity to come back to the Let Go series.  That's how Let Hate Go came to be.  It's not only book 2.5/3 in the Let Go series, but it's also book 5 in the Cupid's Aim series. 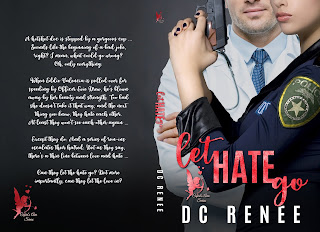 The books weren't announced until the cover reveals at the end of January.  There were/are 6 authors in total.  Five of the books have been released (Let Hate Go included), and the last is coming tomorrow!

This post is already long, so I'll be back tomorrow to tell you all about the Cupid's aim series!

Meanwhile, if you feel like picking up a copy of Let Hate Go (and/or Let Me Go, and/or Let It Go), here are the buy links:

I know I promised a giveaway in today's post, but I'm worried I lost some of you while you trekked through reading this long, rambling post, so I'm thinking I should post it as it's own post tomorrow.  Come back tomorrow, I promise to be back again!!!
Posted by Author DC Renee at 9:33 AM