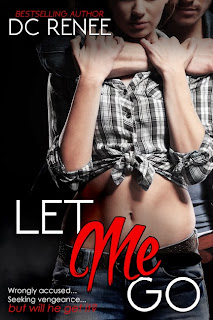 AMAZON | B&N | SMASHWORDS | iTUNES | KOBO | AUDIO
Rape. One word changed his life. Mason Tredwell had it all. He was a good looking, well-respected doctor. He had money, power, and friends. He never worried about finding a woman to warm his bed. But that all changed when he was wrongfully accused of rape. And now, after five years in prison and the loss of everything he cared about, he wanted revenge.

Abandoned as a baby and bounced around different foster homes, Kat Gingham never really had a charmed life. But now, things were really falling apart. She had no money, no job, and even her lying, cheating boyfriend was gone too. She allowed herself one night to cry about her situation before she picked herself back up. But when she woke up, she was no longer at home, and she was no longer alone. She was facing Mason, a guy who claimed she ruined his life. And he’s hell-bent on breaking her down, humiliating her, making her feel like he has all these years.

With tension flaring, questions arising on both sides, and answers truly vague, one question remains: Will Mason let Kat go are they both in too deep? 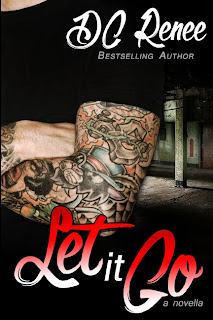 A street thug with a heart. That was Benny Negrete. To the outside world, he looked like bad news, but anyone who knew him knew he was intelligent, honest, and most importantly, caring. He looked out for the people he loved. But it hasn’t always been that way.


Sophie Basi, a successful doctor with a promising career, has tried hard to put the past behind her. It even worked for a while, but she never expected to run into Benny again. He’s the one person who can summon the past and unravel her perfectly crafted life.

When avoidance doesn’t work, the two are forced to relive their recollections of a past they are both desperate to forget. Can they let it go? Or are they forever going to live in their memories, with the future just out of reach? 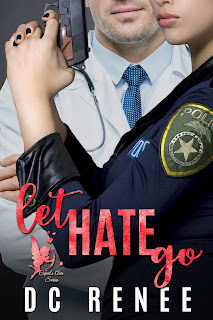 A hot-shot doc is stopped by a gorgeous cop...Sounds like the beginning of a bad joke, right? I mean, what could go wrong? Oh, only everything.

When Eddie Valencia is pulled over for speeding by Officer Evie Drew, he's blown away by her beauty and strength. Too bad she doesn't take it that way, and the next thing you know, they hate each other. At least they won't see each other again...

Except they do. A series of run-ins causes their hate to escalate. But as they say, there's a thin line between love and hate... 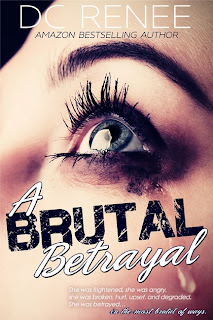 AMAZON | B&N | SMASHWORDS | iTUNES | KOBO | AUDIO
Past. Everyone has one. It shapes the person they become. It determines the present. It even contributes to the future. And sometimes, people are thrown together in spite of it.

It was no secret that Megan Verona was raped. It crippled her being, turning her from a vibrant young woman to someone who feared intimacy. After years of struggling, she decided to seek help with a therapist, Declan Connors, in hopes of being able to finally have a relationship. Declan wanted to help Megan; he wanted to help everyone who sought his aid, but she was different. She consumed his thoughts until he could no longer deny his feelings. He hadn’t expected to fall for her and fall hard, but he did. It was a wonder when she returned some of his sentiment. But, like everyone, Declan also has a past, one riddled with pain and anguish, one he hadn’t fully dealt with.


If helping Megan brought out his own shadows, what did loving her do? How do both their pasts play a role in their future? Most importantly, can they conquer the past that threw them together? 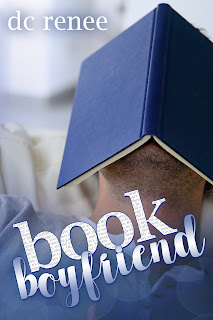 
What would you do if you met a real-life book boyfriend?
You might scream or maybe giggle.
You might play coy or maybe stare.
You might ask for a picture or maybe an autograph.
You might call your girlfriends or maybe post about it.
What did I do? I ran. Literally.

Kim was a typical college student with a splash of dorky, a dash of funny, and a pinch of clumsy...well, maybe more than a pinch.  After making a fool of herself in front of her classmate, Brent, and his friend, Travis, a dead-ringer for one of her book boyfriends, she tried to stay away.  But after a few hilarious chance encounters, they become fast friends.

And then came the bet.  It was Travis versus Brent, but somehow, they'd roped Kim in to help Team Travis.  He was supposed to find and woo his real-life book girlfriend.  What could go wrong with a couple of college kids and an innocent bet?  Let the shenanigans and laughter ensue!  And maybe add in a bit of friendship, fun, and most definitely, love. 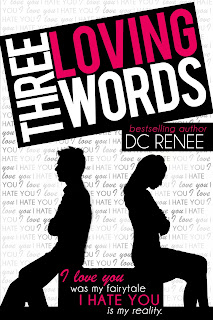 AMAZON | B&N | SMASHWORDS | iTUNES | KOBO
I hate you.  I heard those words so many times from his mouth that they lost their meaning.  His "three loving words" is how I mockingly referred to them.  It didn't bother me, though, because I hated him, too.

He was gorgeous, with dark tousled hair, full lips, a strong jaw, and a body deserving of a magazine cover.  He was rich and cared for his mother deeply. On paper, he was the perfect husband.  The problem?  He was my husband.

I dreamed of a fairytale love story for as long as I could remember.  I dreamed of a boy to fall head over heels for me and treat me like the sun rose and set at my feet, especially after living in the shadow of my perfect sister and never feeling good enough for my family.  When I decided to earn my parents' love in a dramatic fashion, I'll admit that I never imagined marrying him would end up part of the bargain.

The kicker?  Enzo Faust didn't want to marry me, either.  And yet, here we are, a man I both fear and loathe is my "I do...for better or worse."  I just didn't anticipate that it'd be more 'worse' than 'better.' 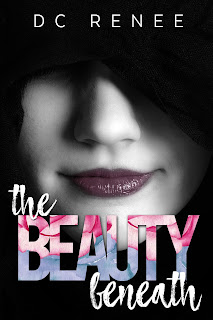 Ugly. Freak. Fatty.  I had been called those things and more for as long as I could remember.  I didn’t mind it, though, because to the outside world, those words described me perfectly.  But it was all a charade, a façade to keep people away.  Never let anyone get too close.  It had worked for twelve years of my life, ever since I caused my father’s death.

And then Carter Anderson pushed his way into my world.  Gorgeous, of course, charming, naturally, and cocky, a given—he called himself my friend and broke through every one of my carefully constructed walls.

Cue the “happily ever after,” right?  Wrong.


This isn’t some fairy tale where the ugly duckling turns into a beautiful swan, and once the beauty beneath is revealed, all is right in the world.  This is real life.  When things seem too good to be true, it’s because they usually are.  And when people say your past will come back to bite you, they mean it.  And trust me, it does. 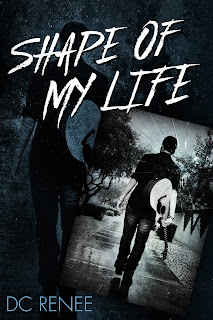 AMAZON | B&N | SMASHWORDS | iTUNES | KOBO
I was dating Grennan Larter.  The Grennan Larter, lead singer and guitarist of The Rising Sun.  It had happened so fast, but somehow, plain old Brooklyn Cooper had captured the rock star.  It was wonderful and fun; he was caring, attentive, and as cliché as it was, he thought I was the rising sun … and setting sun, and everything in between.  I was in love and so was he.

And then it all fell apart.

All I thought I knew … well … let’s just say I wasn’t sure I could trust myself anymore. I had a war waging in my head, and I wasn’t sure who would win, or rather, who I wanted to win.  I felt like I was going crazy.  And then it all finally clicked.  I finally understood why my life had gone in the direction it had.  It was the shape of my life. 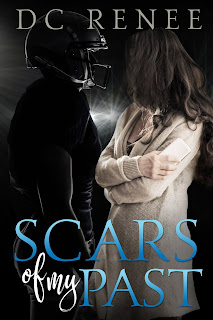 AMAZON | B&N | SMASHWORDS | iTUNES | KOBO
My life was one of those teen angst rom-coms where the ugly high school student transforms herself into the beauty queen. Except there was no cute guy helping me along, no series of makeover shots with fun background music, no scene where I walked into the room and all heads turned to look at me while wind blew through my hair. I was the ugly high school student, and I did transform, but it wasn’t all peaches and cream.

Bullied so badly in high school that it ruined my life, I spent my senior year in therapy. It was there that I transformed – not just physically, but mentally as well. I wanted a fresh start and going to college across the country was my ticket to that. It was a whole new world, and things were great …

… and then came the blast from my past.

And he didn’t recognize me. What was a girl to do? Revenge, of course! My plan was to make him fall for me and then break his heart.

Sounds simple, right? Wrong. If only revenge was black and white … too bad a lot of gray was in the mix. But one thing was for sure – I needed a way to heal the scars from my past. I just hoped I could. 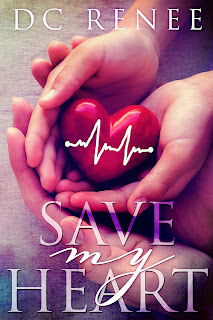 I gave my daughter life when I was just eighteen. And now, at sixteen, she faces death.

But now I was about to lose her. My everything.

It would be up to Kieran to hold me up if my world came crashing down. Dr. Kieran Bell. He came into my life—our lives—and knocked down every wall I had ever put up. He wasn’t just my daughter’s doctor; he was my friend. He was more than my friend. And now, I knew I’d need him more than ever. I just hoped against hope that this time, life wouldn’t result in death. 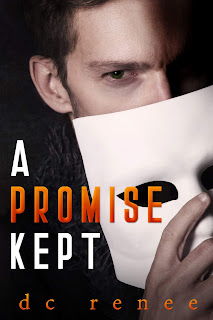 AMAZON | B&N | SMASHWORDS | iTUNES | KOBO
I broke my promise the minute I saw her.

Yes, she was beautiful, perfect really, but what I saw made her ugly. So, I broke my promise because she didn’t deserve to know.

And then I took her because she deserved to suffer the way I had—emotionally. Alone even when surrounded by people. Lonesome for eternity.

She’d be my wife so she could live beside me, never finding love but only the indifference and hate I bestowed upon her. Who would want that kind of life by choice? Who would want to shackle themselves to a scarred man—both physically and mentally? I didn’t give her a choice. I gave her an ultimatum, and she couldn’t refuse. And I vowed she’d live a lonely life with a husband right beside her.

That’s the thing about vows … Sometimes, they are broken. And promises? Sometimes, you manage to keep them even when you don’t want to.